PURE DEVOTION TO QUALITY AND AUTHENTICITY 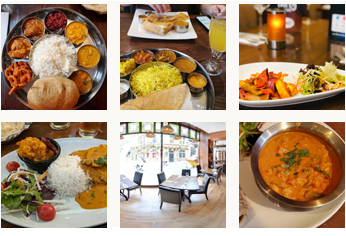 Leeds: '' Tasty food, I will definitely come back for another round .... '', a phrase that most hoteliers who serve good food often hear. But even the common man forgets the name of the shop and never bothers to reach it again. However, Virat Kohli is not one of them. Having traveled to the UK twice before, he sought the taste of the Malayalee, and this time from the World Cup, he sought the Malayali Hotel in Leeds. It is not alone, but with Anurka Sharma.

Kohli came to Tharavadu Restaurant in Leeds, England for the first time in 2014 as part of the England Tour and then for the Champions Trophy last year. Kohli's words to hotel management after he loved the food was that he would return. But the friends who run the hotel never thought that Kohli would come as an unexpected shock along with his wife Anushka Sharma during the World Cup.

They are a special treat given to the food lovers who come to the restaurant. Often, the tasters return to eat. A typical spicy dosa is served with special ingredients from the Chefs Ajith and Rajesh. Kohli, who had tasted the dosas before, was on his way when he arrived in Leeds. Kohli arrived in Leeds as part of the India-Sri Lanka match. In the days leading up to the match, players are given strict instructions on food. If something breaks the wire, the game gets messed up.

Therefore, when the World Cup is being played, players are given special food. But Kohli, who has faith in the restaurant, shocked the Team Tharavadu when he reached the front door. Since there was no preparation, Kohli and Anushka ate together with the other guests. Knowing the cuisine of the chefs on the floor, Kohli ordered the appam and egg roast and tasted the Vegetarian Sadya with the Karnavar Masala Dosa. Each plate of food was ordered and shared by two of them.

The Internet has been cheated, information has been leaked, and people in the shop

Kohli came in unannounced but the management was unable to do anything as it was a busy evening. When they found an empty table, the two took their place. Meanwhile, the usual guests in the shop have already identified Kohli. Kohli had asked the hotel managers not to take photos of their meals. He appealed for this restriction because he had strict instructions, including team security.

But those who ate at some table posted photos of Kohli and his wife eating on social media, including Instagram. They also gave a caption that they were eating with Kohli. Within seconds the photos took over social media. Suddenly there was a crowd in and out of the shop. Having already spent more than an hour in the shop, the duo quickly finished their meal and returned.

The second arrival, without anyone knowing, was about 40 minutes away

Kohli and his wife were to arrive the next day unannounced, as the first meeting on Wednesday was crowded with a bit of tension. Since there are no special rooms in the shop, Kohli would call the phone and take it away. Usually this hotel has no takeaway. But not to disappoint their celebrity guest, Tharavadu Team says they arranged a quick takeaway and provided the food he requested on Thursday.

Normally the Indian team is staying at the Marriott Hotel while the game is usually played at Leeds Stadium, but this time the team stayed at the Spa Hotel, 40 minutes away. So, Kohli and his wife took the taxi that far. Kohli and his wife drowned as soon as they reported at a hotel in Leeds on Wednesday.

Breakfast made with love, dosas and Idli breakfast

Earlier, when the Indian team arrived in Leeds to play for the England Tour in 2014 , Tharavadu Restaurant in Leeds came through the Malayalee manager of the Marriott Hotel, Shameer. When Team India inquired about South Indian Breakfast option at the hotel, Shameer suddenly remembered Tharavadu and so the order of the breakfast hit the floor.

The team members still keep in mind the love that the restaurant team brought to Marriott with the kerala breakfast for team members. Since then, Sridhar Sreeram, a fitness manager and Malayalee who has been with the team, sang the tastings of the house. Most of the team became favorites of the floor. Sanju Samson was part of time the team that time. So after tasting the breakfast, hecame out to the restaurant looking for Puttu and Pothu – Beef Curry. But Puttu is not on the menu, but the team tharavadu promised Sanju to serve the requested next day and he returned next day enjoyed the delicacies. After returning the to the hotel he praised about the food so much and which made Virat Kohli and Sreedhar to come to the restaurant and enjoy some of the best dishes on the menu. Now Kohli prefers Anushka's likes at the food table. When he reached the restaurant, he was searching for his wife's likes when ordering each item. What an adorable couple they are?

Team Tharavadu is very worried that they couldn't provide breakfast this time as the team was staying far away.

A favorite brand of locals, it serves pure Malayali flavors

Leeds is not a place for travelers looking for any food in the world. Yet, five years ago the tharavadu started without any expectations like this. 99% of the customers are British. More than 75% of them are been to Kerala and are familiar with the taste of Kerala. Thefact that millions of British tourists visit Kerala every year points to the achievement of the restaurant.

Some even joke that when they went to Kerala, the whole time they ate dosas and they requested team tharavadu to serve anything else other than dosa. Most Malayali tastings are here, including mutta roast, fish curry and crab Curry.

For the past four years, the Michelin Restaurant Guide – considered as the Oscar of the dining industry – recommended Tharavadu. The only Indian restaurant in Leeds that has this recognition. A few recognitions Tharavadu has won in the last 5 years

It is because of this unexpected return.

Ganguly and VVS Laxman, reached the floor and held a talk show. The half-hour event discusses the strategy of the Indian team and the tactics of Captain Kohli's mind. The show, which aired once a week, re-airs today at 10am before the competition.

If you have ever heard of such a thing, do not want to go to the floor, feel free to leave, and you will be convinced that what Kohli told his wife is not in vain.